A very brief introduction to Fuzzy Logic and Fuzzy Systems

Many tasks are simple for humans, but they create a continuous challenge for machines. Examples of such systems include walking through a cluttered environment, lifting fragile objects or parking a car. The ability of humans to deal with vague and imprecise data makes such tasks easy for us. Therefore if we aim to replicate the control actions of a human operator, we must be able to model the activities of the operator and not of the plant itself. Our model must be built so that it is capable of dealing with vague information. Fuzzy logic-based systems do precisely that; they excel where systems are particularly complex and have been used successfully in many applications ranging from voice and handwriting recognition to subway train speed control. This article focuses on the basic ideas of fuzzy sets and systems.

Classical logic is based on the crisp set, where a group of distinct objects are considered as a collection. For example, the colours white and red are both separate objects in their own right, but they can be regarded as a collection using the notation {red, white}. Crisp sets are, by convention designated a capital letter hence the above example can be described by,

A crisp subset can be defined from a more extensive set where the elements of the set belong to the subset according to some condition. For example, set A can be defined as the set of numbers that are greater or equal to 4 and smaller or equal to 12. This statement can be described using the following notation:

A graphical representation of the subset above is possible if we introduce the notion of the characteristic or indicator function of a set, that is, in this case, the function defined over the set of integers, that we shall call X, that indicates the membership of elements in subset A in X. This is achieved by assigning a value of 1 to the elements of X in A, and a value of 0 to the elements of X not in A. In our example, therefore, the indicator function for this set is:

Graphically this can be displayed as follows: 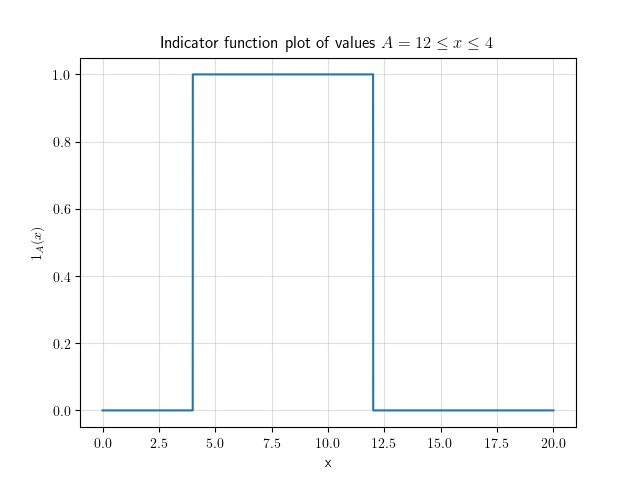 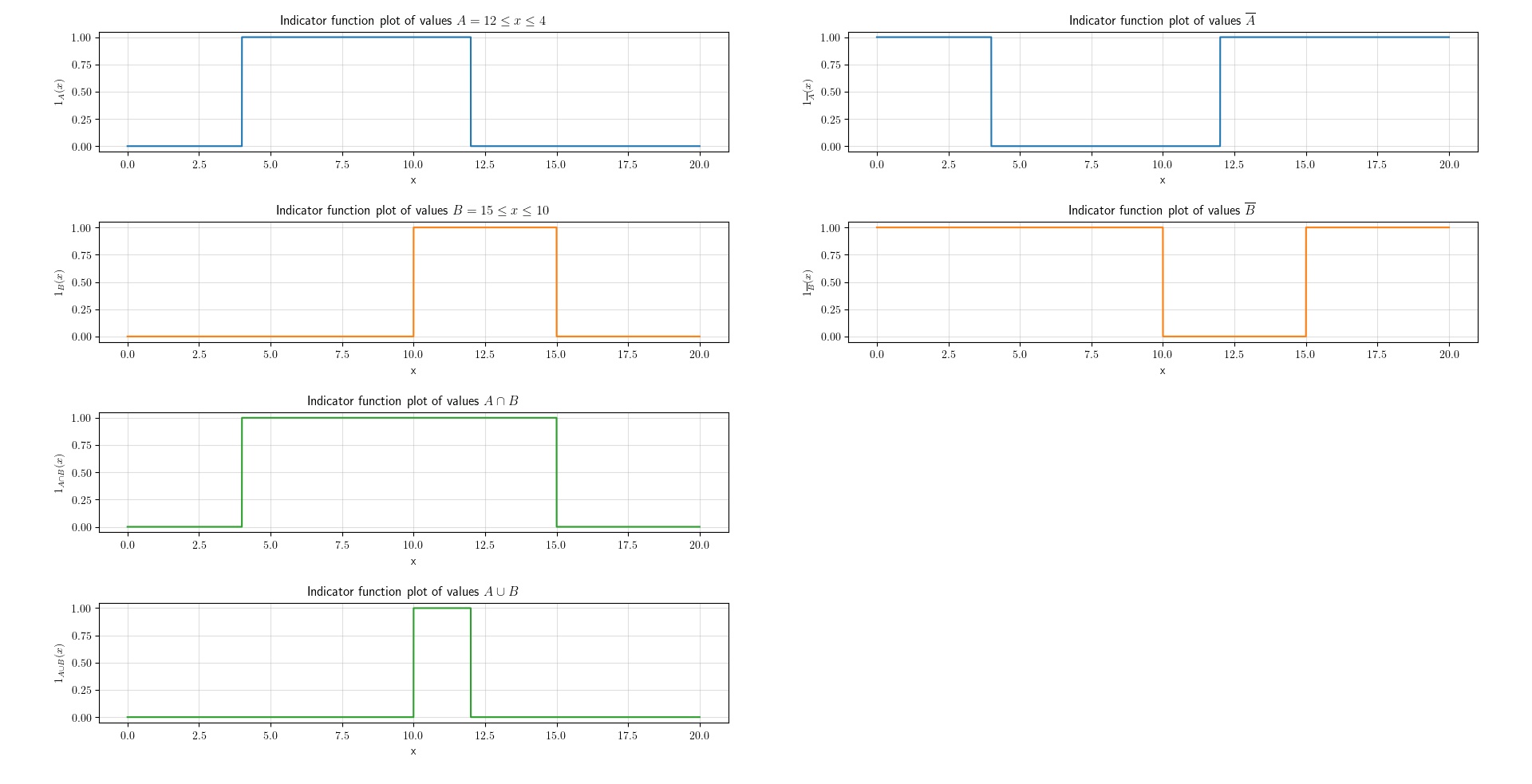 Fuzzy sets were introduced by Lotfi Zadeh (1921–2017) in 1965. Unlike crisp sets, a fuzzy set allows partial belonging to a set, that is defined by a degree of membership, denoted by µ, that can take any value from 0 (element does not belong at all in the set) to 1 (element belongs fully to the set). It is evident that if we remove all the values of belonging except from 0 and 1, the fuzzy set will collapse to a crisp set that was described in the previous section. The membership function of the set is the relationship between the elements of the set and their degree-of-belonging. An illustration of how membership functions can be applied to temperature is shown below.

In the previous section, the union, intersection and negation operators of crisp sets were discussed as they provide a way to express conjunction and disjunction (and/or) that are pivotal to reasoning.

One crucial observation is that an element can have a degree of belonging both in a set and in the complement of the set. Hence, as an example, element x can be both in A and also in ‘not-A’.

A fuzzy system is a repository of the fuzzy expert knowledge that can reason data in vague terms instead of precise Boolean logic. The expert knowledge is a collection of fuzzy membership functions and a set of fuzzy rules, known as the rule-base, having the form:

IF (conditions are fulfilled) THEN (consequences are inferred)

The basic configuration of a fuzzy system is shown below:

A typical fuzzy system can be split into four main parts, namely a fuzzifier, a knowledge base, an inference engine and a defuzzifier;

The fuzzifier maps a real crisp input to a fuzzy function, therefore determining the ‘degree of membership’ of the input to a vague concept. In a number of controllers, the values of the input variables are mapped to the range of values of the corresponding universe of discourse. The range and resolution of input-fuzzy sets and their effect on the fuzzification process are considered as factors affecting the overall performance of the controller.

The Inference Engine provides the decision making logic of the controller. It deduces the fuzzy control actions by employing fuzzy implication and fuzzy rules of inference. In many aspects, it can be viewed as an emulation of human decision making.

The defuzzification process converts fuzzy control values into crisp quantities, that is, it links a single point to a fuzzy set, given that the point belongs to the support of the fuzzy set. There are many defuzzification techniques, the most famous being the centre-of-area or centre-of-gravity. 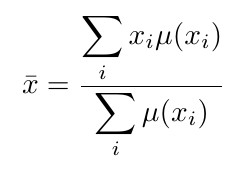 Other defuzzification methods include first of maxima and mean of maxima.

In Mamdani inferencing, the antecedents and consequents of a fuzzy rule are fuzzy sets. The inference is based on Generalised Modus Ponens, which states that the degree of truth of the consequent of a fuzzy rule is the degree of truth of the antecedent. In the case where more than one antecedent clause is present, the individual degrees of membership are joined using a min t-norm operator. If the fuzzy system contains several rules, their output is combined using a max s-norm operator. Defuzzification is necessary so that the consequent action can be expressed in terms of a crisp value. A graphical representation of this process is shown below.

In the Takagi-Sugeno inferencing model, the consequents are functions that map crisp input values to the rule’s crisp output. Hence fuzzy rules are of the form:

where f is generally a linear function in X and Y. In contrast to Mamdani fuzzy systems, the rules are not combined using a max -operator but are combined by finding a weighted average, where the weight of a given rule is the degree of membership of its antecedent. Therefore Takagi-Sugeno systems do not require any defuzzification.

Design of a Fuzzy System

In this section, a simple example system will be constructed and executed to visualise the design and execution of a fuzzy inference system. The hypothetical system considered here controls the speed of a fan has according to the environment’s temperature and humidity. Therefore, our system consists of two inputs, temperature and humidity and a single output, that is the fan speed.

The first step in the design of our system is to define fuzzy sets to describe the input and output variables. For simplicity’s sake each variable will be characterised by three fuzzy-sets, namely:

The diagram below shows a graphical representation of the input and output variables of our system and their respective sets. 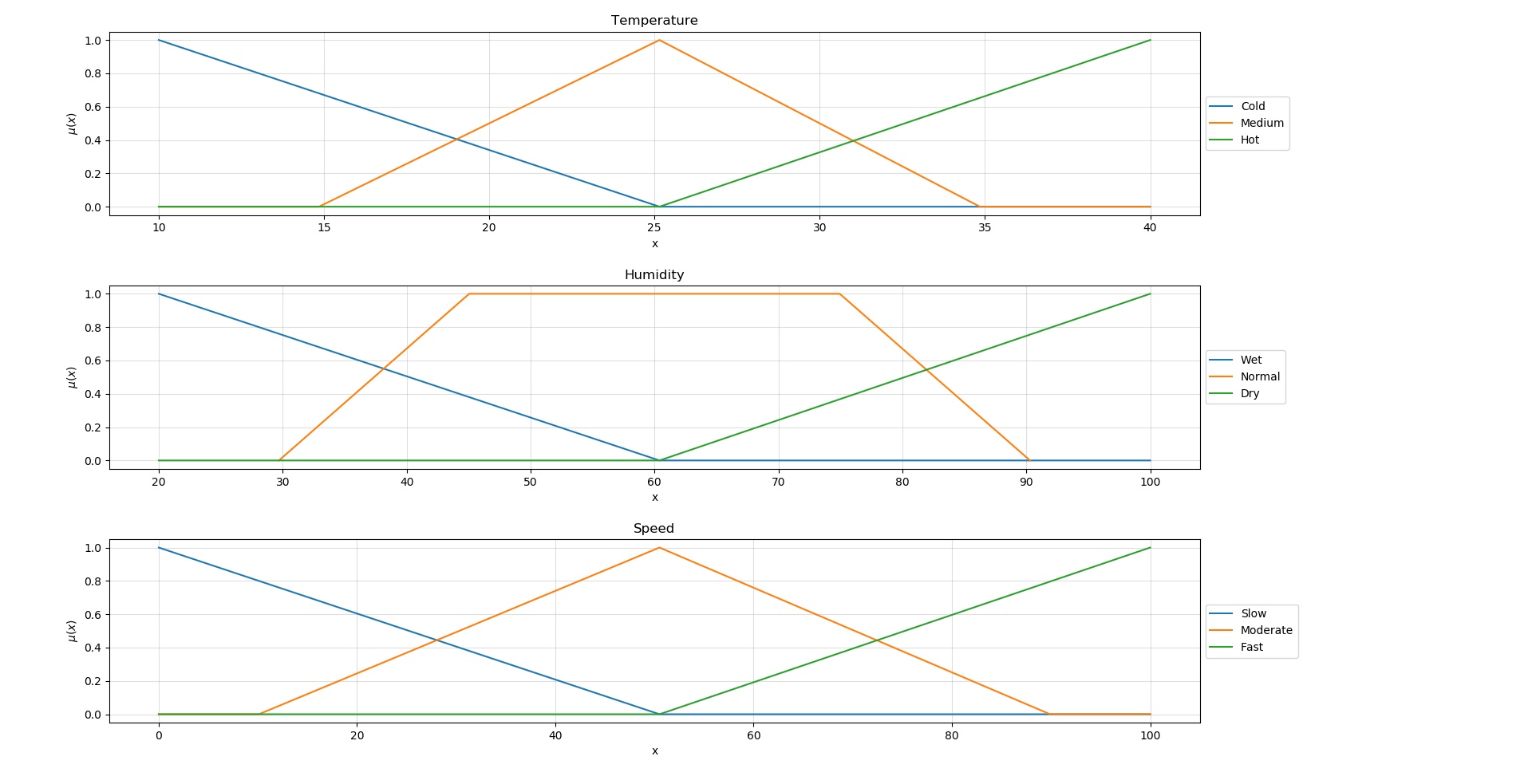 A total of nine rules are used to describe the knowledge necessary to operate our fan:

These rules can be visualized if we use a combined fuzzy rule base, that is a grid where the input-fuzzy sets occupy the edges so that each cell in the grid defines a rule. The following diagram shows the rule base for this system.

The following steps take place when an input combination is fed to the system, let us as an example say that we have a temperature of 18 degrees and humidity of 60%:

And therefore our fuzzy output will consist of the speed Slow, that has activation of 0.48 and Moderate that has 0.29 activation. The combined effect of the two rules or the fuzzy output of the system is displayed below: 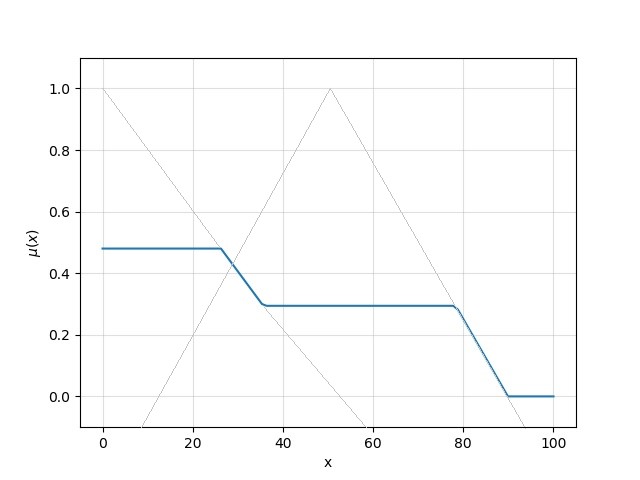 In this article, a brief introduction to fuzzy sets and fuzzy inferencing was presented. It is shown how control of systems can be achieved using linguistic terms to represent human knowledge. In the next article, a fuzzy inference system will be constructed using python from scratch.